An agreement on the U.S. infrastructure framework offered some respite for markets. However, more focus was placed on Powell’s testimony and the significant number of Fed speakers this week. Equally, the broader measure of U.S. inflation (PCE) came in at 3.9%, with core PCE up 3.4%, which is the largest y/y increase since 1991. The growing risk of the Fed falling behind remains a key theme, not least given the actions taken by the Bank of England and Bank of Canada, but now after China’s PBoC have sought to reduce pandemic stimulus. Nevertheless, equities ticked to all-time highs once again as PMIs led to some renewed optimism, indeed Italy’s manufacturing indices rose to 20-year highs. The data out of Europe, particularly Germany, was far more upbeat this week. The main developments out of the European Council summit also provided a more united fronting against Belarus, although fresh sanctions had a diluted impact on the market. Elsewhere Bitcoin fell 10% with Ethereum down 20%, with the former death cross in focus (50dma below 200dma). Bank of America also revised their 2022 oil forecast to $100/bbl, just as the focus on the OPEC+ meeting heats up next week and U.S./Iran talks fail to find any immediate agreement. Other developments saw Hungary hike rates by 30bp and guided further tightening, just as the Czech Republic hiked 25bp. That said, the larger surprise was Mexico’s 25bp hike after being one of the last major EM central banks to cut in 2020.

EM credit ended the week down 0.2% as spreads tightened 1bp as core rates bear steepened. After the 30yr U.S. Treasury rallied to 2.0% in mid-June, we end the week close to 15bp wider as duration underperformed. Within EM, the main theme shifted to new issuance, which picked up in earnest. In secondary markets, Cameroon, Ecuador and Mozambique outperformed, while Sri Lanka, Belarus and Zambia lagged. The interesting observation comes with EM sovereign high yield now trading almost 200bp over U.S. high yield, which is starting to offer value once again.

Next week will be dominated by OPEC+, BoJ surveys, Euro-area inflation and Chinese PMIs, all before U.S. non-farm payrolls. The likelihood of China’s manufacturing PMI dipping below 51 has risen, just as the Citi Economic Surprise indices begin to fade after recent strength. However, trade data out of Hong Kong, Malaysia, Turkey and South Korea ought to remain steady. After Mexico’s surprise 25bp hike last week, the hawkish bias in EM rates has picked up, notably within South Africa, although we do not expect any major shifts in the policy rate in Colombia (1.75%). When it comes to inflation releases, we are not anticipating any surprises next week with only Brazil, Indonesia, Peru, Poland and South Korea. Event: On Tuesday, Economy Minister Martin Guzman announced a deal with the Paris Club for a partial payment of $430mm of the $2.4bn payment for which the grace period expires at the end of July. Reportedly, the government will remit half of the funds in July and the other half in February with no penalties endured. The agreement rests on the premise that the government reaches a deal with the IMF by March allowing for a negotiation of extension of the remaining $2bn.

Gramercy Commentary: We view the development as a moderate positive given that it reflects a desire to avoid arrears with the Paris Club and preserve relations with the multilateral and international community. It also in part indicates a degree of domestic political capital and will of Guzman to secure funds amidst a complicated environment amid preparations for the mid-term vote. Lastly, this also helps cement existing expectations for a deal with the IMF by 1Q22 with Guzman, leaving open the possibility for an agreement sooner. In the meantime, investor focus will likely turn to polls ahead of the PASO primary and mid-term vote as well as fiscal and external accounts as seasonal and terms of trade effects soften in 2H partially eroding some of the recent revenue outperformance and reserve gain.

Event: Guillermo Lasso’s Administration continues to use the relatively benign domestic political climate early in the President’s term in office to work on the contents of important pieces in the fiscal/economic reform agenda that are also relevant for IMF cooperation. For its part, the Fund’s rhetoric remains constructive, anchoring market expectations that the next disbursement from the program will be forthcoming by early fall. Meanwhile, President Lasso had a successful spinal surgery performed in the U.S. and is recovering in the hospital.

Gramercy Commentary: We retain our constructive view on the near-term economic policy outlook for Ecuador. Improving economic prospects alongside a receding pandemic, combined with supportive oil prices and excellent relations with IMF and the Biden Administration should continue to drive relative outperformance in the sovereign HY space, especially given some spread widening observed month-to-date. We attribute the recent softness to technical and/or external factors and believe that the constructive domestic story under Lasso’s political coalition remains on track, at least in the near-term. In our view, news flow risk is tilted to the upside in the coming months and we expect an agreement with the IMF on recalibrating the existing program to take shape during 3Q, paving the way for a $800m disbursement in August/September. From a market perspective, the coupon step to 5.0% on the 2030 Eurobonds at the end of July should provide an additional technical tailwind to the complex. In the meantime, the Lasso Administration continues to deliver market-friendly decisions, including the recent appointment of a conservative economist with good market credentials, Guillermo Avellan, as new Head of the Central Bank. In the coming months, the Administration’s focus and challenge will be on revising the terms of the existing IMF program to allow for a more gradual fiscal adjustment. Provided the government is able to muster domestic political support for tax reform, which is the key outstanding item on IMF’s list, we believe the Fund will remain highly flexible and amenable toward Ecuador, anchoring market sentiment on this credit.

Event: In response to the incident in late May that involved forced landing in Minsk of a Ryanair flight between two European Union member states, Greece and Lithuania, and subsequent arrest of an exiled Belarussian dissident journalist/blogger who was onboard, this week the EU imposed relatively stringent new sanctions on Belarus.

Gramercy Commentary: The newly announced sanctions prohibit EU investors from buying, holding and trading any instruments with a maturity exceeding 90 days issued after June 29, 2021. However, no restrictions were announced on trading activities in existing securities.  In terms of sectoral sanctions, the EU banned all purchases of potash products from Belarus (one of the key exports of the economy) as well as oil products with an origin from or exported by Belarus. The estimated total annual value of such exports to the EU is around $2bn, a meaningful amount relative to the size of Belarus’ economy (~3% of GDP). This being said, in an important caveat, transit of oil products has not been sanctioned, which keeps the door open for Russian oil/gas flowing to the EU through Belarussian territory. This has been an important and tricky political issue for a number of EU members that depend on Russian energy transited through Belarus and seems to have been the required compromise for reaching a consensus on sanctions. Additional measures imposed by the EU will prevent the European Investment Bank (EIB) and other multilateral institutions from disbursing funds to Belarus’ public sector under any existing agreements/projects and from providing any technical assistance to the Lukashenko government. As Belarus’ isolation from the West deepens, we expect that Minsk will increasingly rely on financial and political lifelines from Russia. Meanwhile, Lukashenko has been increasingly vocal about “constitutional reforms”. Although unclear what such a process might entail, recent examples from the region point to a gradual and controlled transition out of power, ahead of potential elections in 2022-23, a scenario that the Kremlin would not oppose, in our view. 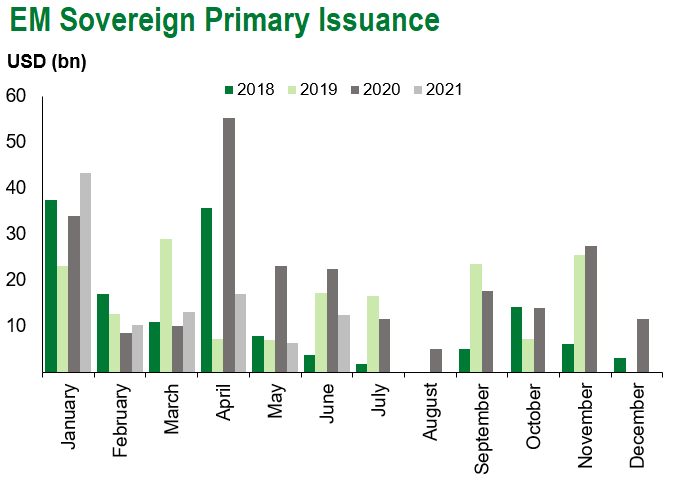 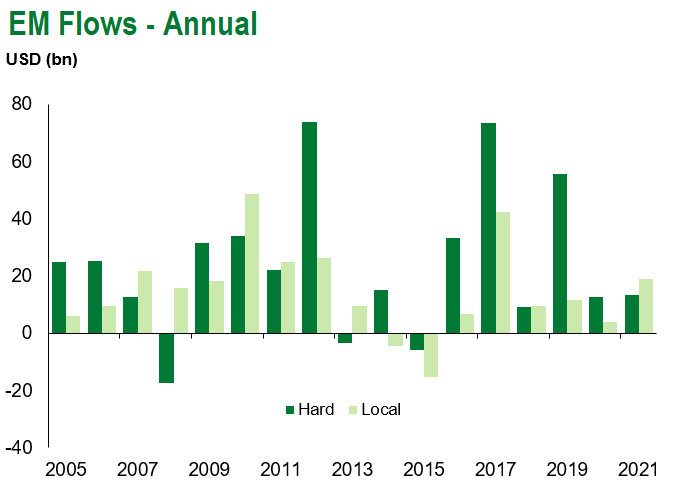