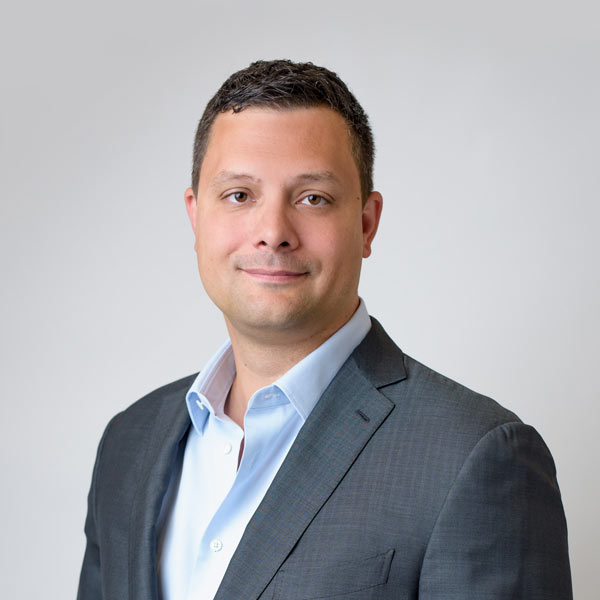 Mr. Taylor has 20 years of legal, transaction and investment experience. Mr. Taylor is responsible for the management and investment decisions of Gramercy’s Special Situations Group. During his tenure at Gramercy, Mr. Taylor has overseen the management of sovereign and corporate restructurings, financings, acquisitions of private assets, and Gramercy’s participation in positions as a private equity investor. Mr. Taylor also served as Gramercy’s Chief Legal Officer from 2010 through 2018 and was responsible for managing the full spectrum of Gramercy’s legal affairs. Further, he is a member of Gramercy’s Management Team and Gramercy’s Global Investment Committee. He is also a frequent guest lecturer at University of Pennsylvania Law School and Wharton Business School.

Prior to joining Gramercy in March 2010, Mr. Taylor was with Morgan Stanley Smith Barney where he focused on the sale and distribution of various alternative products including private equity, real estate and hedge funds. From 2005 to 2009 he was with Cadwalader, Wickersham & Taft LLP as an Associate in their Financial Services Department where he primarily represented investment banks and hedge funds in connection with the negotiation of various credit and equity derivatives transactions and other types of secured financing transactions. From 2002 to 2005, Mr. Taylor was an Associate in the Tax Department at Debevoise & Plimpton, LLP where he represented investors and asset managers with respect to legal, tax and business matters surrounding private equity fund formation, LBO transactions and private equity investments. Prior to joining Gramercy, Mr. Paolazzi was employed by PricewaterhouseCoopers LLP as a Senior Associate in the firm’s National Risk Management Group where he provided internal advice and analysis on a variety of accounting and auditing risk management issues. Mr. Paolazzi began his career at PricewaterhouseCoopers in the Investment Management Assurance Group counting Gramercy amongst his clients. Mr. Paolazzi’s other audit clients included large asset managers, hedge funds and private equity firms.

Mr. Paolazzi received a BS in Accounting at Fairfield University Dolan School of Business, with a 4.0 Accounting GPA. Additionally, he is a Certified Public Accountant in the State of New York, a member of the AICPA and NYSSCPA. Mr. Norgaard has over 16 years’ experience in legal and investment matters throughout Latin America. At Gramercy, Mr. Norgaard is responsible for sourcing, structuring and monitoring private investment opportunities for the Special Situations Group.

Prior to joining Gramercy, Mr. Norgaard spent over a decade at Debevoise & Plimpton where he was a Senior Associate and a member of the firm’s International Dispute Resolution and White Collar Groups. At Debevoise, Mr. Norgaard appeared and argued before ICSID arbitration tribunals, and generally advised his clients on a variety of issues involving international law and arbitration.

Previously, Mr. Norgaard worked as a litigation associate in the Caracas office of Macleod Dixon from 2002 to 2007, focusing on international litigation and administrative law. As a civil law-trained lawyer, Mr. Norgaard has appeared and argued before the Constitutional and Political-Administrative Chambers of the Supreme Court of Justice in Venezuela and before Superior and Trial Courts in Civil, Commercial, Labor and Administrative matters.

Mr. Norgaard received his law degree from Universidad Católica Andrés Bello in Caracas in 2002 and his LL.M. from New York University School of Law in May 2008, where he focused on international dispute resolution and international commercial law and participated in the Philip C. Jessup International Law Moot Court Competition. Mr. Norgaard served as Assistant Professor of Contracts and Obligations at Universidad Metropolitana in Caracas from 2005 to 2007. Mr. Norgaard has been a member of the New York State Bar Association since May 2009. He is also a member of the Miranda State Bar Association in Venezuela. ​Prior to joining Gramercy, Mr. Katz worked at a number of prominent plaintiff-side litigation boutiques in Washington, DC.  In his private practice, Mr. Katz represented private equity firms, hedge funds, family offices, hotels, government agencies and other multinational companies in high stakes litigation.   Mr. Katz has handled a wide range of litigation matters, including insurance coverage disputes, mass claims, and other “bet the company” litigation.  Mr. Katz has advised clients through all phases of litigation, from case assessment through trial, and enforcement proceedings.  Mr. Katz has helped his clients recover in excess of $1B.

​Mr. Katz is a frequent speaker and writer on cutting-edge issues in the litigation industry. Mr. Katz has received a number of accolades during his career, including being named an Elite Boutique Trailblazer by the National Law Journal.  A number of Mr. Katz’s matters have been featured in national publications like The New York Times, The Wall Street Journal, and The Washington Post.

​Mr. Katz received his law degree from Tulane University Law School and his undergraduate degree from The George Washington University. While in law school, Mr. Katz also clerked for Judge Jay Zainey of the U.S. District Court for the Eastern District of Louisiana and Judge Dennis Brennan of the District Court for Worcester, Massachusetts.  Mr. Katz has been a member of the bar associations of Maryland and the District of Columbia.  Mr. Katz also has been admitted to practice in a number of federal courts across the country.