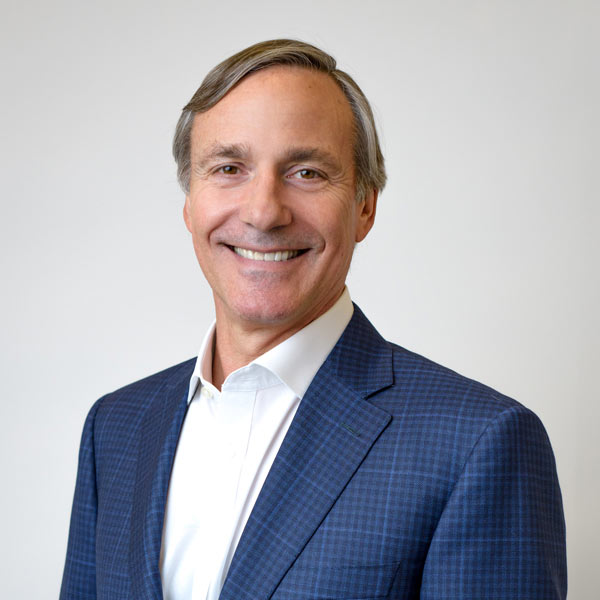 Mr. Ferraro has 35 years of Latin America focused investment banking and capital markets and investment experience. As a Partner and Co-Head of the Capital Solutions business, Mr. Ferraro is responsible for recommending, sourcing and managing capital solutions transactions and direct lending opportunities across the platform. He is a member of the Capital Solutions Investment Committee and reports directly to Robert Koenigsberger, Chief Investment Officer. He is Chairman of Gramercy’s Diversity Committee and is also a member of Gramercy’s Management Team.

Prior to joining Gramercy in May 2012, Mr. Ferraro served as a Managing Director with Barclays Capital, where he led a Capital Markets team that covered the firm’s largest Latin American corporate and sovereign clients focusing on debt capital markets and liability management. He played a key role in Argentina’s 2010 reverse inquiry debt restructuring, which Gramercy originated, as well as the country’s previous debt restructuring in 2005. From 2000 through 2003, Mr. Ferraro worked in Salomon Smith Barney’s Investment Bank where he was head of TMT (Technology, Media & Telecom) for Latin America. From 1994 through 2000, he was the head of the Debt Capital Markets desk for Latin America for Lehman Brothers in New York and he covered Argentina and Chile for Lehman Brothers Investment Banking as the head of their office in Buenos Aires. From 1987 through 1994, he worked at Citibank in Sao Paulo, Brazil and in New York, where he was responsible for asset trading and for the coverage of Brazilian and Multinational clients and later on became responsible for the debt syndicate desk for Emerging Markets.

Mr. Ferraro received an MBA in Finance from Claremont Graduate School and a degree of Licenciado en Economia from Universidad Catolica Argentina in Buenos Aires. Mr. McKee has over 29 years of distressed and structured credit experience in emerging markets. As a Partner and Co-Head of the Capital Solutions business, Mr. McKee is responsible for recommending, sourcing and managing capital solutions transactions and direct lending opportunities across the platform. He is a member of the Credit Investment Committee and Capital Solutions Investment Committee, and reports directly to Robert Koenigsberger, Chief Investment Officer. He is also a member of Gramercy’s Management Team.

Prior to joining Gramercy in 2017, Mr. McKee spent 11 years as Managing Director, Global Co-Head of Emerging Markets Structured Credit Trading at Deutsche Bank where he was responsible for over $2 billion of risk across distressed and high yield corporate bonds and loan investments, direct lending, and non-performing loans portfolios. Mr. McKee served as a portfolio manager on the Emerging Markets Corporate Credit Principal Desk in Latin America and CEEMEA where he sourced, purchased, and monetized numerous high-profile emerging markets distressed opportunities and gained an extensive knowledge of high yield and distressed issuers. Additionally, Mr. McKee co-managed a team of over 25 traders and structurers in New York, London, Sao Paulo, Dubai, and Moscow. Mr. McKee was also a member of the Deutsche Bank Emerging Markets Executive Committee, Emerging Markets Reputational Committee, and Global Markets Americas Management Committee. From 1993 to 2006 Mr. McKee worked at JPMorgan in New York, Buenos Aires, and Mexico City where he was most recently Vice President of Latin American Distressed Trading and started the bank’s distressed loan trading business for the region.

Mr. McKee received his Executive MBA from Columbia Business School and a Bachelors of Arts in History and Spanish from Middlebury College. Prior to joining Gramercy in January 2013, Mr. Ledesma-Arocena was a Principal at Graycliff Partners, the former HSBC private equity arm for the Americas, managing its Spanish Latin American investments. He joined Graycliff’s predecessor firm, HSBC Capital in May 2007 to launch HSBC’s Private Equity program in Latin America and invested over $150 million between from 2007 to 2012. At HSBC Capital, he actively managed the Latin American investment portfolio. Mr. Ledesma-Arocena represented HSBC Capital in the Board of Directors for companies in Argentina, Colombia and Mexico, across different sectors. At HSBC Capital, he sourced, led, negotiated and closed private equity investments in Brazil, Argentina, Colombia, Chile and Mexico. Previously, he was a member of HSBC Principal Investments, where he worked on private equity transactions in India, China and Hong Kong. Early in his career, he was an Investment Associate for over 3 years with HSBC Private Equity Latin America, HSBC’s former Latin America private equity business with a focus in Argentina, Brazil and Chile. Mr. Maltoni received his MBA in Finance and Economics at Columbia Business School and earned his BS in Business Economics, Finance at Universidad Torcuato di Tell in Buenos Aires. Prior to joining Gramercy in 2017, Mr. Serantes served as Director of the Latin America Structured Credit/Special Situations Trading desk at Deutsche Bank. In this role, Mr. Serantes was a credit trader responsible for the origination and execution of structured financings in the region. During his six years at Deutsche Bank, Mr. Serantes executed over 20 private transactions for a $4+ billion aggregate financing amount. Prior to Deutsche Bank, Mr. Serantes spent three years as Associate on the Investment Banking team at Lazard, where he participated in M&A deals, debt restructurings and capital market transactions in Latin America. Mr. Serantes began his career as Senior Analyst of Strategic Planning at Ternium, where he assisted senior management on pricing strategies, resource allocations, and monitoring of product performance.

Mr. Serantes received his MBA from Columbia Business School and B.S. in Industrial Engineering at Universidad Austral in Argentina. Mr. Muller has 12 years of investment banking and emerging markets credit experience. At Gramercy, Mr. Muller is responsible for sourcing, executing and monitoring capital solutions and direct lending transactions in the Latin America and CEEMEA regions.

Prior to joining Gramercy in 2017, Mr. Muller was an Associate Director in the Latin America Special Situations and Structuring team at UBS Investment Bank in New York. In this role, Mr. Muller was responsible for the origination, execution and monitoring of high yield structured financings in Latin America. During his time at UBS, Mr. Muller executed over 10 private financings for over a $1bn. Previously, Mr. Muller spent 3 years as an Investment Banking Analyst for UBS Investment Bank based in Buenos Aires, where he participated in the design, marketing and execution of equity and debt financings, M&A and leveraged buyouts transactions for companies across Argentina, Chile, Colombia and Peru.

Muller received his MBA from Columbia University and a BA in Economics from Universidad de San Andres in Buenos Aires, Argentina. Mr. Alonso has 13 plus years of legal, investment banking and emerging markets investing experience. At Gramercy, he is primarily responsible for sourcing, executing and overseeing the Firm’s investments in Mexico.

Prior to joining Gramercy in 2020, Mr. Alonso was a Principal at Ardinall Investment Management, an investment Firm focused on structured financing for energy and infrastructure projects in Mexico and the US. Beforehand, he was a Vice President at Morgan Stanley’s Investment Banking Division based in Mexico City, where he advised public-and private-sector clients on multiple debt and equity financings, project finance and M&A transactions, across different industries. Previously, Mr. Alonso spent three years as an Associate at the International Corporate and Energy Practices of Curtis, Mallet-Prevost, a NY-based Law Firm, participating in multiple structured financings, M&A transactions as well as oil & gas services contracts and international arbitrations. He started his career as a public policy analyst at the headquarters of the Organisation for Economic Co-operation and Development (OECD) in Paris.

Mr. Alonso received an MBA from The University of Chicago Booth School of Business in 2012 and a Law Degree with honors from the Universidad Iberoamericana in Mexico City. 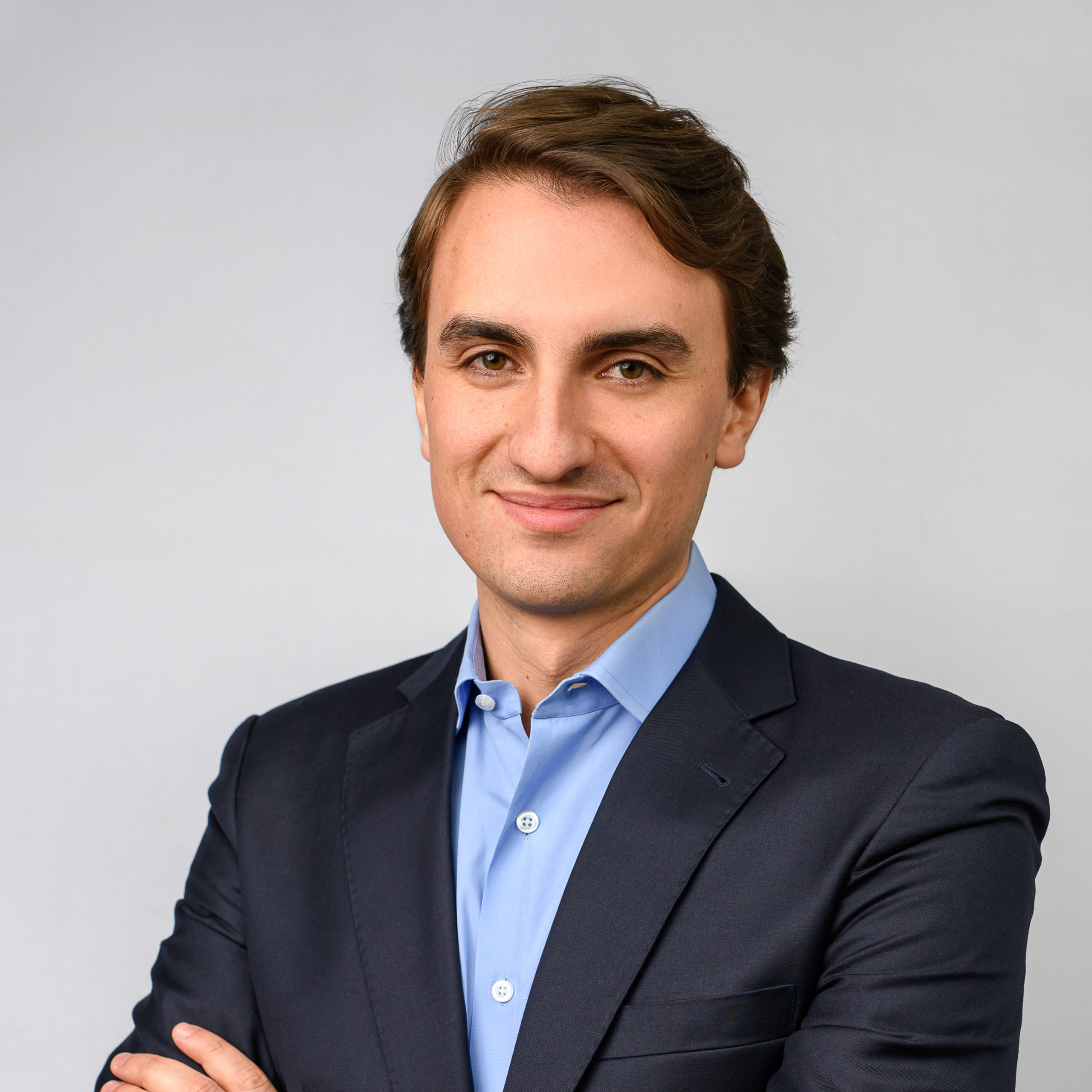 Mr. Ocampo joined Gramercy in July 2021 as a Research Analyst for the Public Credit team with 7 years of industry experience. At Gramercy, Mr. Ocampo is responsible for researching and recommending investment opportunities for the Credit, Capital Solutions and Special Situations teams.

Prior to Gramercy, Mr. Ocampo spent three and a half years at Credit Suisse Securities in the Investment Banking Latin American Group in New York, Santiago and Bogota. Mr. Ocampo specialized in the oil and gas, transportation and infrastructure industries, working on mergers, acquisitions, and financing for some of the region’s largest corporations.